Well, it is official. I completed the DreamWorks Review segment where I reviewed each and every single film in that canon. I remember starting this blog 5 and a half months ago on Jul 13th, 2013, and I was nervous as heck. I have met some great people thanks to this blog, and I have popped across some other blogs thanks to his blog. I am gonna reflect on where things changed for DreamWorks, how I felt when watching and reviewing these films, and my overall perception of the company. 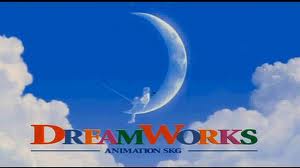 I will first show my ranking of each film and see which one I think is the best and the worst.

I know many will disagree over some of the spots, but here is my opinion, and I am sticking with it.

Anyways, I was actually very shocked with Antz and Prince of Egypt, which lifted up my spirits for this, but El Dorado reminded me of how bad these films can be. From about Shark Tale to Bee Movie, my spirits were down when I was reviewing mediocre-bad movie after mediocre-bad movie. Blogging is REALLY draining at times, but the accomplishment of finishing a review is brilliant. This was definitely a rollercoaster, and made me think in ways I never did beforehand.

I was thinking that they were very creative and took more adult risks in their earlier films, chances that WDAS would never take, but along the way, the creativity of the company went away. Since their first films were practically flops, they went with what was cool; CGI pop-culture films. Which worked for them ala Shrek and Shrek 2, but even still, they were will pretty adult and their humor was more adult. I blame Madagascar for the childish ways the company went to this day, and the formula which makes people hate DreamWorks.

I do not think DreamWorks is on top, since the good films from 2008-now is only Kung Fu Panda and it’s sequel, HTTYD, Megamind, and…..the rest are mediocre, and even the ones mentioned above are still worst than the Disney films released that time and Pixar.

My overall advice for DreamWorks is to cut it down with the pop-culture references, and the over marketing of celebrities. It is not really bringing that much more people to your movies, and the quality goes down when it comes to the story.